JCNI’s own Artist-In-Residence Gina M. Jackson, will be directing and narrating the play Flyin’ West on Monday June 18 at the WorldBeat Cultural Center. We hope you will come out and support the entire cast and crew as they present this unique and important historical perspective of a group of strong women on their journey to freedom and independence. 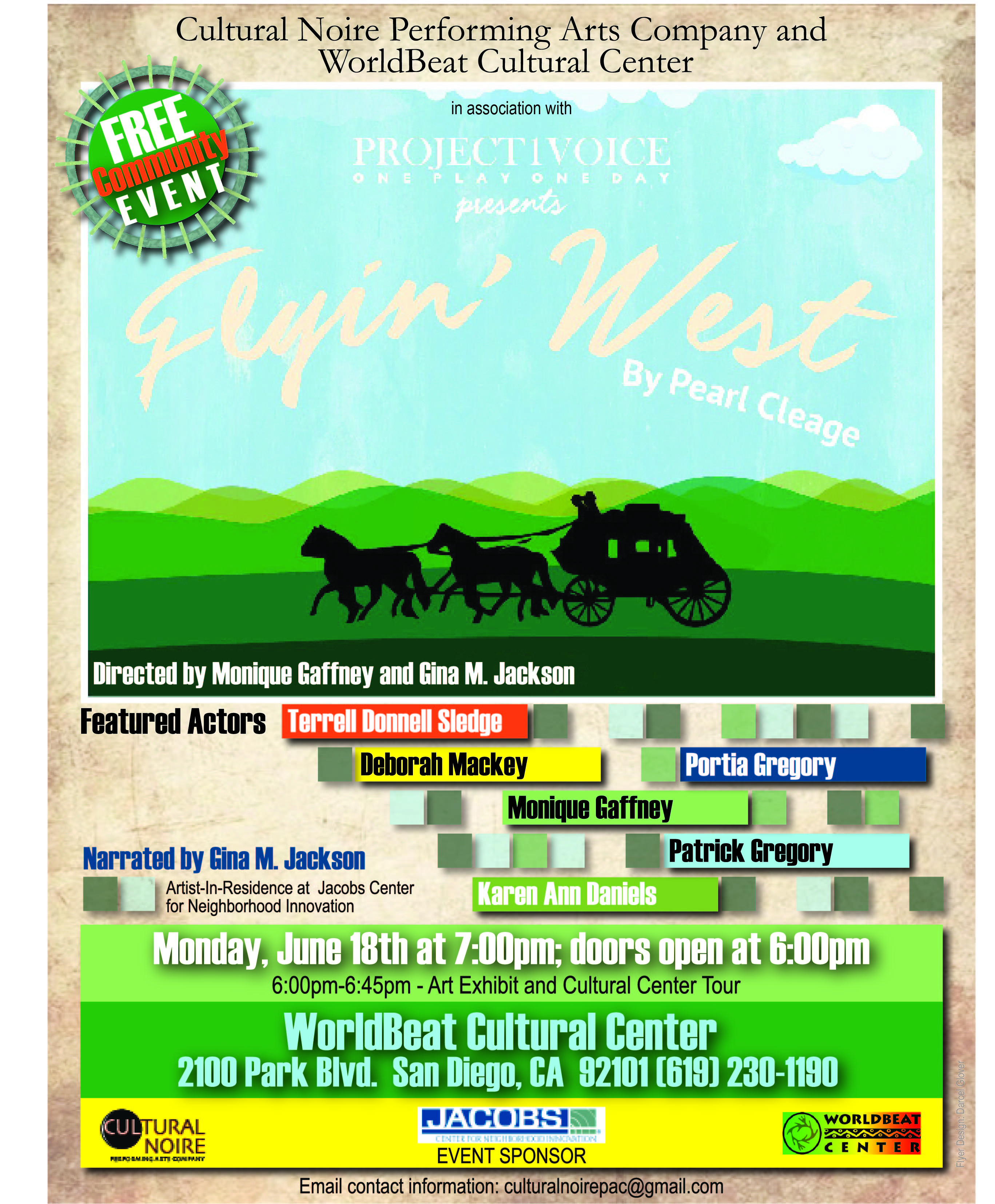 Flyin’ West is a powerful look at the African American woman pioneer. The play explores the universal themes of determination, feminism, pride and freedom. Set in 1898, the lives of a small group of African American women change as they leave the oppressive South for the West where they settle together in the all-black town of Nicodemus, Kansas. Their hope and determination to survive in a harsh and unforgiving region are tested as they build new lives for themselves and their families. Among the cities joining the One Play One Day stage reading events is Nicodemus, Kansas.

Project1VOICE is an internationally recognized performing arts service organization committed to presenting programs and initiatives that promote and support the American theater, specifically Black playwrights. Since Project1VOICE’s inception in 2009, it has played a vital role in making theater accessible to communities, connecting with a widely diverse spectrum of artists, teens, and families, through its robust educational initiatives and public programs which have prompted cross-cultural conversations for cognitively diverse audiences. One Play One Day is Project1VOICE’s signature event. It revives and reintroduces classic plays from the American theater canon that have been forgotten. Each year on the third Sunday and Monday in June, same day staged readings of the same play are presented, hence the name, One Play One Day. Most recently, Project1VOICE collaborated with the New School in New York City to present Words of Change, a staged reading of a recently recovered speech given by Dr. King at the New School in 1964 which details the reasons for civil rights activism during the summer of 1963.