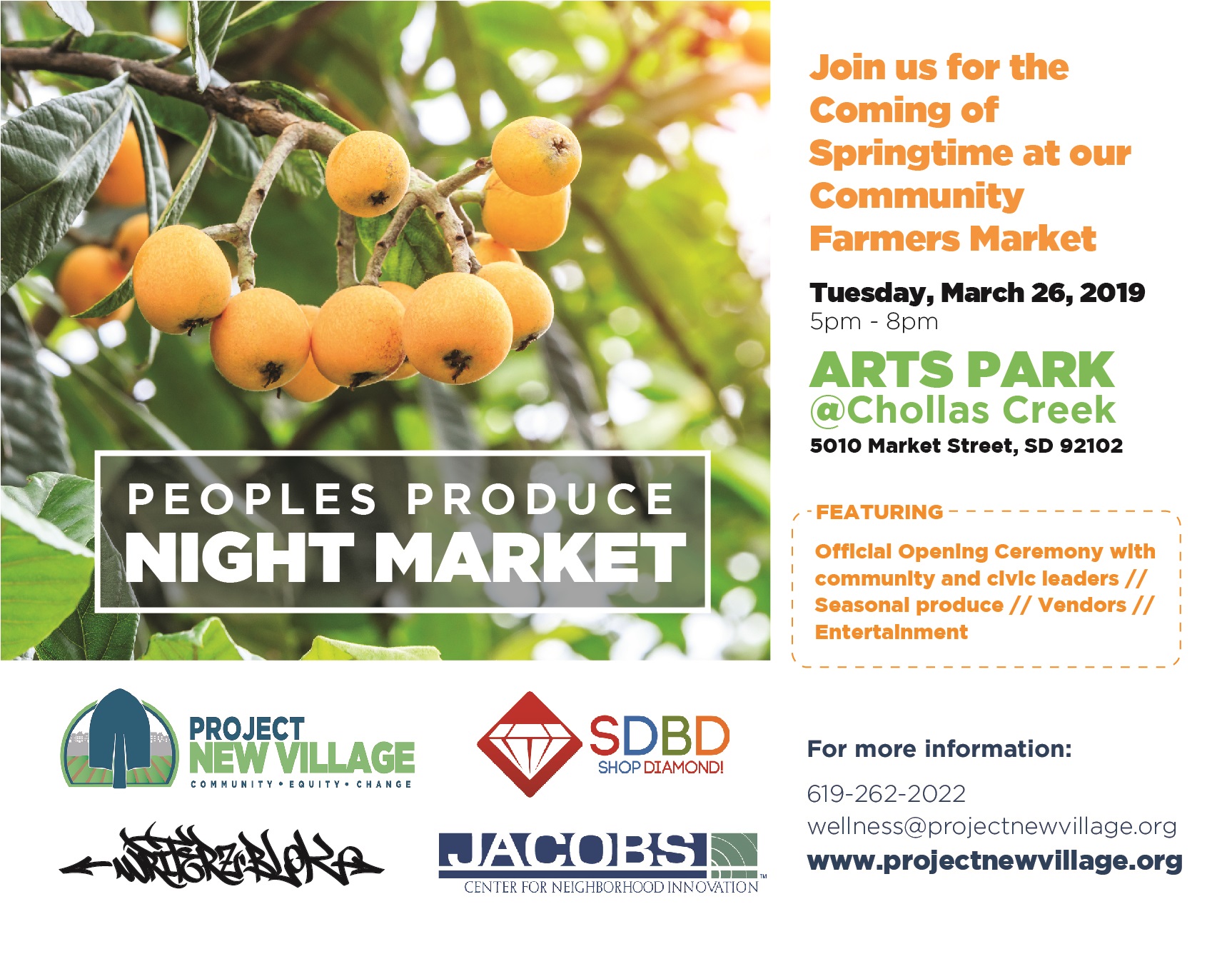 The People’s Produce Project is Project New Village’s signature initiative. It is a grassroots neighborhood-based initiative which began in October 2008. This initiative aims to use food to re-energize and re-connect people to their neighborhoods, and explore opportunities to address food security in Southeastern San Diego.

The event will feature an official opening ceremony with community and civic leaders, seasonal produce, vendors, entertainment and more!